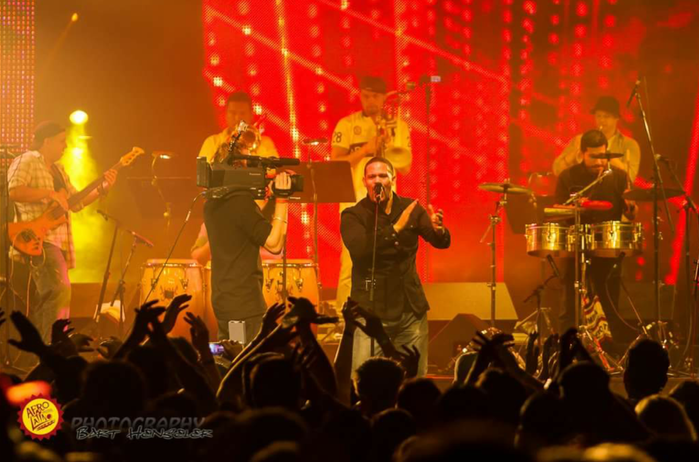 Edwin started his career in music as a child, growing up in hi native Caguas, Puerto Rico singing in his parent's church choir and soloing at the tender age of 4. Although he never gave up music, learning to play the guitar as a teenager and singing and touring with his high school and church simultaneously, his real encounter with destiny happened when he met Enrique Lopez of the Latin Ensemble, and Enrique convinced him to take his musical talent to another level by working with his group, which Edwin reluctantly accepted.

​After working with Enrique a few years, he met Jose Vazquez-Cofresi and along with other friends helped found  award winning legendary salsa band LA Excelencia. As a founding member and lead singer of La Excelencia, Edwin traveled the world collecting accolades with this great  band, including recording a live special for the BBC of London at The Barbican, and performing the main event at the Montreal Jazz Festival, in front of more than 100,000 people in attendance.

When La Excelencia had run it's course, Edwin and Jose founded Orquesta SCC, producing their first CD "Renacimiento" as well as authoring 5 of the tunes, singing in all ten, and producing, composing and recording the single 'No Puedo Respirar."

Edwin is now launching his solo album, packed with hardcore salsa tunes,  which will be released under the Homerun Music label very soon.

You can join the voting at: